The Armani Hotel Milano was designed entirely by one of Milan’s most beloved sons, Giorgio Armani. We went to sample the modern delicacies of the hotel’s Armani/Ristorante, in all its cream and minimalist glory.

Boasting one Michelin star, a stylish location in the heart of Milan and a unique menu, the exclusive Armani/Ristorante designer restaurant is an oasis of taste, infused with an international flavour.

This restaurant’s truffle risotto is a must, as are any of the desserts. Exquisite presentation does justice to the flavours of each dish and every plate is as deliciously sumptuous as the menu suggests. The Armani/Bamboo Bar is a beautiful spot to enjoy a pre or postprandial drink, offering panoramic windows, backlit onyx features and lounge music.

The hotel is set in a building that dates back to the 1930s, a time when rationalist architecture was popular in Italy. From the main entrance, guests take the lift up to the seventh floor for the hotel lobby, restaurant and bar. From here, two separate lifts serve floors two to six, where the hotel’s rooms are located. 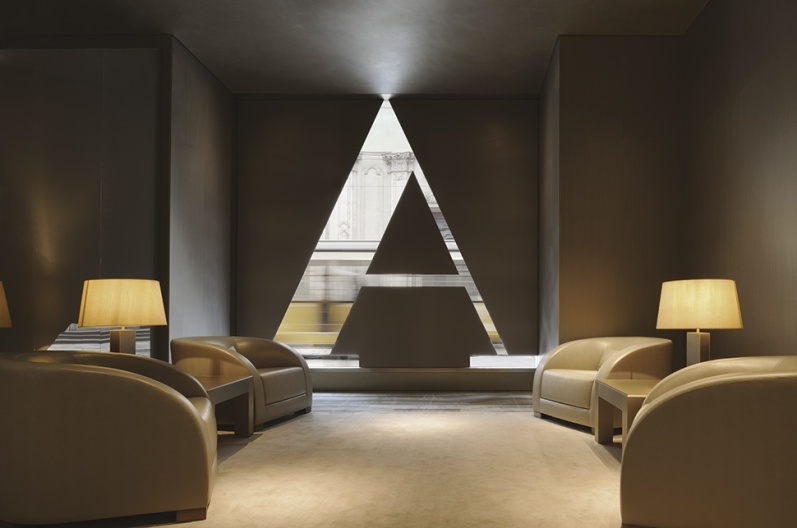