The only hotel in the City of Light with official château status, the Saint James Paris combines luxury with whimsical flea-market finds and eclectic Napoleon III decor.

Once you’re inside the tucked-away chateau, you’ll feel as if you’ve stumbled upon a wonderland, or at the very least an incredibly glamorous house party, probably hosted by Salvador Dali if he were a very wealthy, Parisian party girl.

The dreamlike decor is in fact, the brainchild of maximalist designer Bambi Sloan and features an unimaginable mix of styles that turn time and space on their heads. Here, Second Empire meets virtually every other decorative period, with inspiration coming from absolutely everywhere, while the crowning glory, a strikingly different crystal chandelier, soars 14 metres overhead. 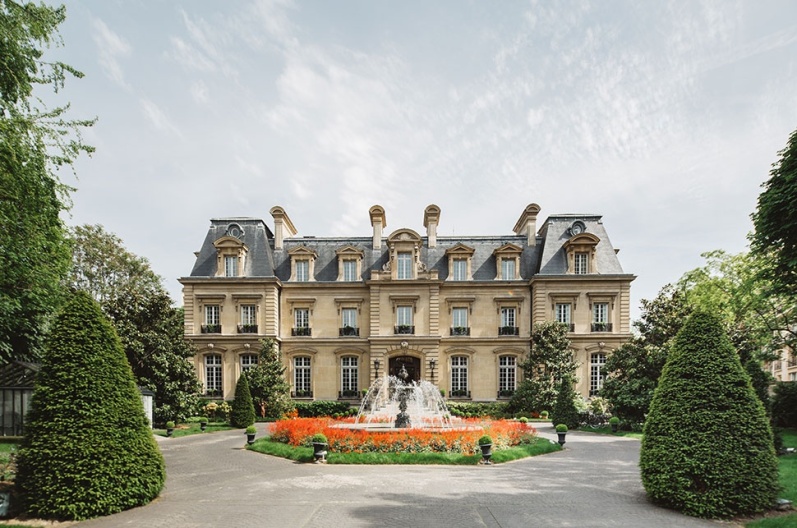 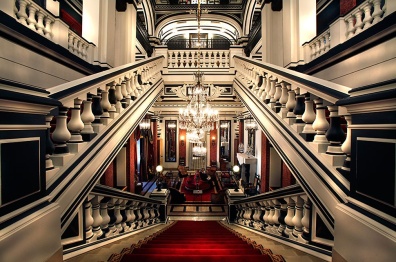 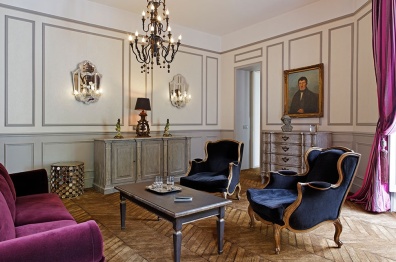 There is a host of places for deep conversations: the maze-like lobby, the library bar or the incredibly comforting boudoir-style Guerlain spa. Alongside the hotel’s 49 rooms and suites, the building also houses the exclusive Saint James Club. In a previous life, this was the site of Paris’s first hot-air balloon airfield, a rich history that is mirrored in the garden, which features a flock of belle époque-evoking balloon-shaped pavilions, and in the themed wallpaper in some of the rooms.

As for the bedrooms, pack your most stylish loungewear, though the hotel’s incredibly soft bathrobes will do just as nicely among the fantastical spaces. Each is individually decorated. One guestroom has an Asian theme, with decoration inspired by blue-and-white Chinese porcelain; another is decidedly masculine, resembling a Magritte painting, with light fixtures made of derby hats and walls covered in shirt fabric. Whichever room you choose will have you feeling like a queen.