Karl Lagerfeld and Carine Roitfeld have revisited the classic Chanel tweed jacket, offering different looks with iconic individuals set to their own style for this exhibition. Touring around the globe at all the major cities, Chanel came to London this October and made itself at home at the Saatchi Gallery.

I was happy to see some industry faces within the gallery such as Anna Wintour – albeit the back of her head, Sophia Coppola (one of my favourite film directors) and lesser known names along with the expected celebrities such as Georgia May Jagger and (yawn) Alexa Chung. What made this exhibition was that with over 100 black and white portraits, they featured people from different age groups, ethnicities and backgrounds all with Chanel in common.

I also want to touch on the fact that it’s all dedicated to the tweed black jacket – not Chanel’s no.5 perfume or 2.5 bag (which are the biggest sellers) taking the brand back to it’s roots and history where Coco Chanel invented the androgynous look with a two piece tweed suit in 1923, saying no to the pastel ruffles and corsets of the time and creating something different designed to give the wearer freedom of movement.

“The little black jacket has crossed that boundary and become a symbol of a certain feminine elegance, nonchalant and timeless. I love that.” – Karl Lagerfeld for iD Magazine

It was incredibly crowded when I visited the day after it opened, so here’s a selection of my favourite images: 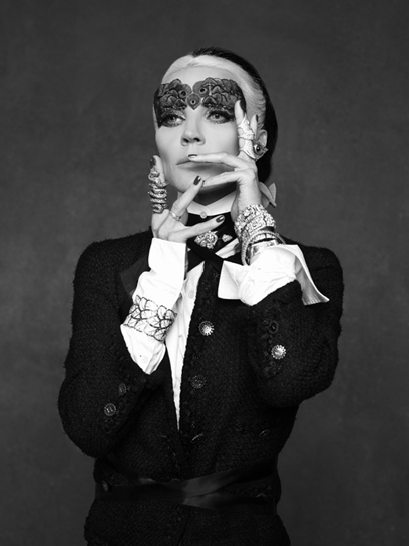 Carine Roitfeld, ex-editor of Vogue Paris, Editor of CR Fashion-Book. Friend & muse of Karl Lagerfeld.
Dressed up as Coco Chanel in this image. 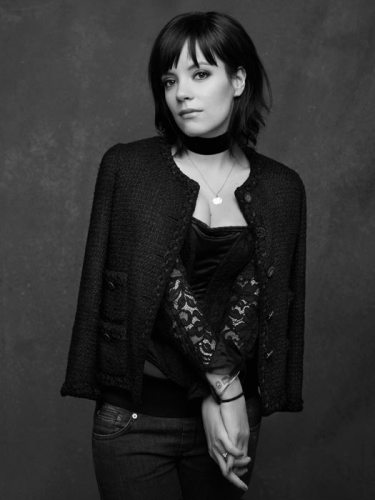 Check out the behind the scenes video: