My favourite film magazine Little White Lies teamed up with creative organization D&AD a while back to set a competition for students on designing an illustrated front cover for the magazine based on five 2011 hit films – choosing from; Black Swan, Tree of Life, Super 8, Drive and Tinker, Tailor, Soilder, Spy.

Instead of staying sad that I wasn’t able to participate on this brief (not being a student anymore SUCKS), I decided to check out the winning works at the private viewing. Safe to say they’re pretty awesome, here’s a pick of my top five;

‘Tinker, Tailor, Soilder, Spy’ by Francesca Hotchin from University of Leads. She won a Yellow Pencil for this which is a really big deal in D&AD terms and deservedly so!

The only ‘Tree of Life’ poster I like is by Natasha Durley from the Arts University Bournemouth who won ‘Best of Year’. I love the pallette of colours she used and the fact that it looks like cells -not sure if that was intentional but if it was it’s very fitting for the film! 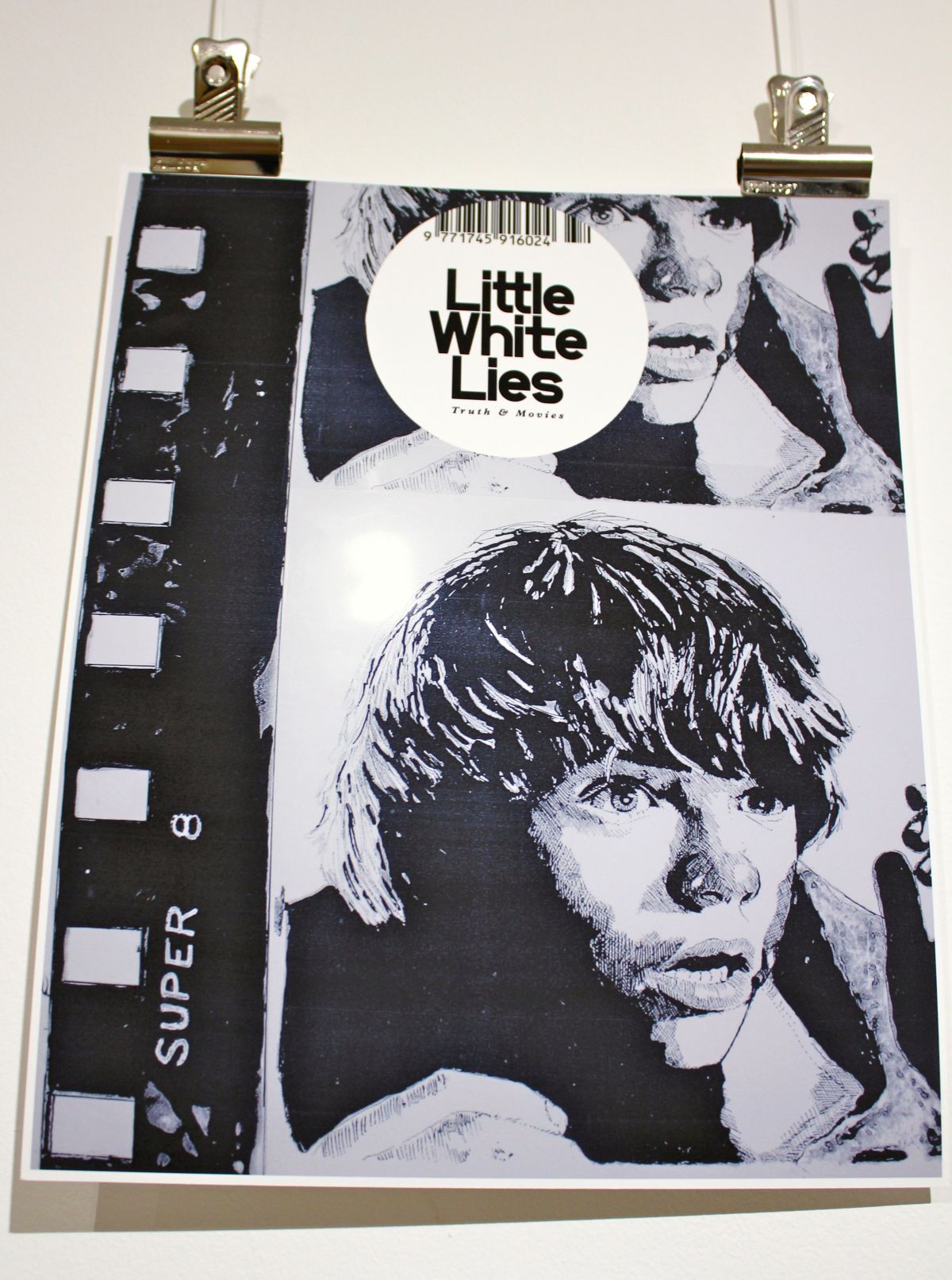 Loving this ‘Super 8’ poster by Louisa Lewis from Jordanstone College of Art & Design, who also won ‘Best of Year’. For those not in the know, super 8 is a type of film format largely used in the 1970’s hence using the literal sense of Super 8 on this illustration.

This immaculately detailed ‘Black Swan’ design by Rupert Smissen from Norwich University of the Arts won him a Yellow Pencil!

I need this bomber jacket in my life. ‘Best of Year’ Matthew Oldfield from Vega Brand Communications School (who sadly has no website) needs to tell me if this sewn patch is actually in existence or just some sort of photoshop sorcery I don’t know about. Also I think he definitely should have won a Yellow Pencil.

Here’s a few others which were innovative and original; 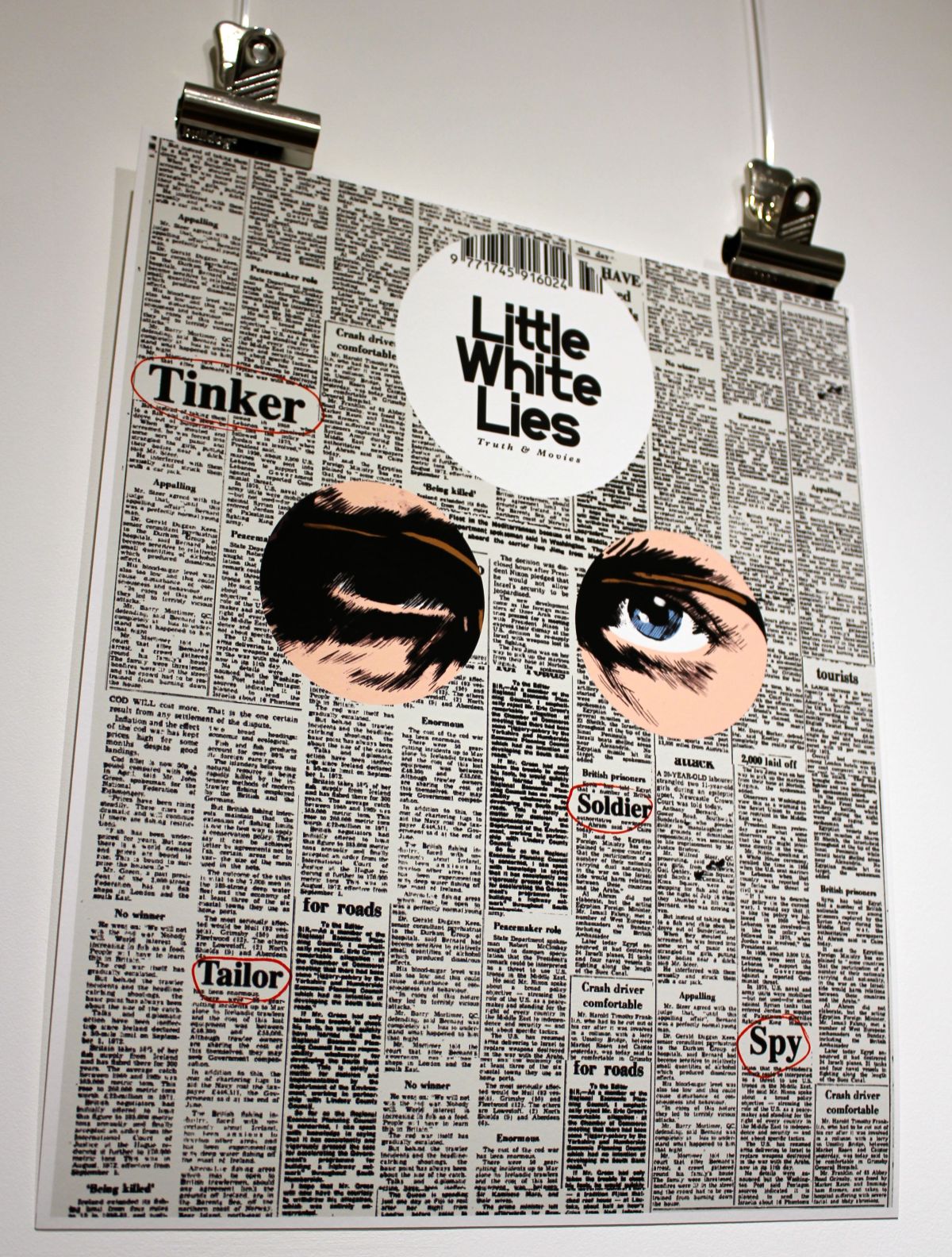 The block colour of this ‘Super 8’ entry caught my eye, Imogen Wooley from Kingston University keeps it interesting with multi layered brush strokes.

Really lovely concept from Seb Koseda (who is also mentioned in the Middlesex Degree show review) and won ‘Best of Year’. I can imagine this was really fiddly layout to do so have an extra congratulations for your patience.

Surprisingly the only linocut design of the exhibition and so very well defined it had to be made by five students – Chaeun Park, Donna Fitri, Lamsyah, Law Yuanhong Ivan, Muhammad Izzat Bin Rahmat and Tan Yun Ru from the Lasalle College of the Arts, Singapore even included the ‘making of’ shots –

That’s it for my round-up but I here’s a few extra shots of The Church of London space where the exhibition is held and where the magic of Little White Lies happens! 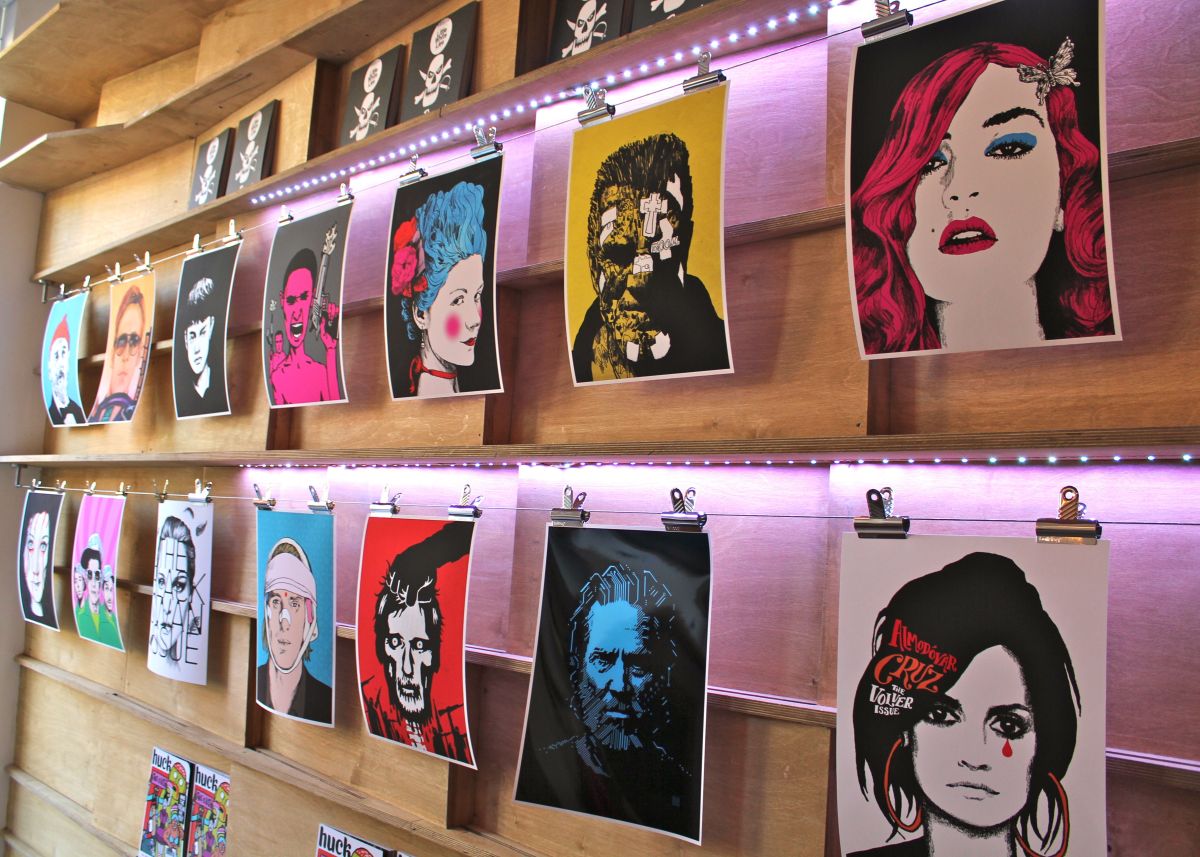